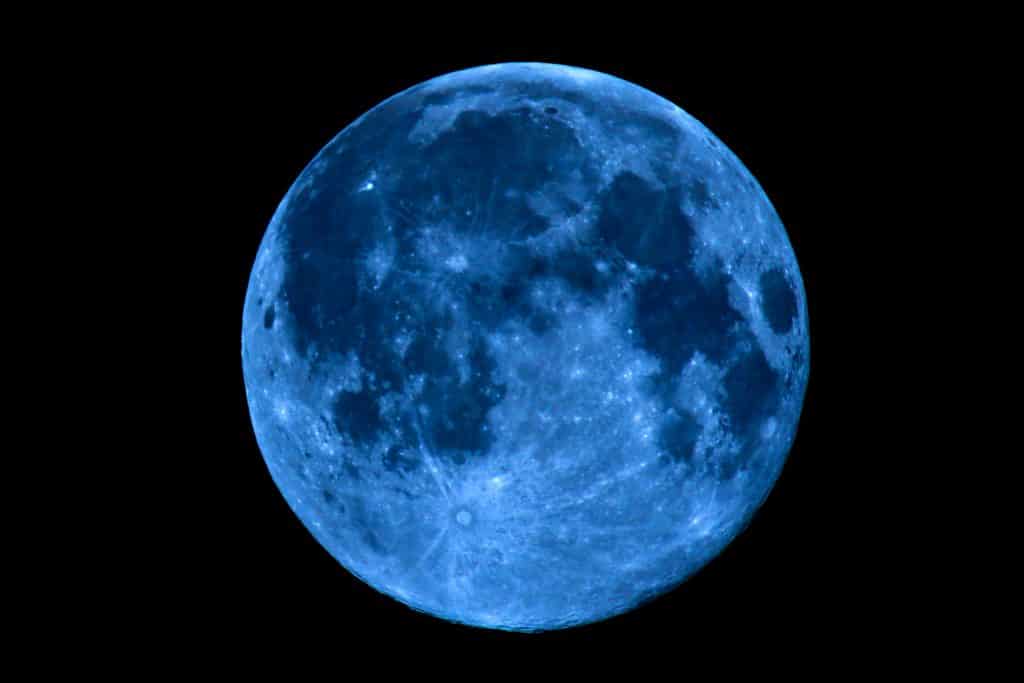 On most nights, you’ll probably find that the moon is bright white or pale yellow in colour. Occasionally, you may look up and see an orange Harvest Moon. Less often, the red Blood Moon will make its appearance. But have you ever looked up at the night sky and seen a Blue Moon and is this even possible?

You may have heard the phrase “Once in a blue moon” and believed that there is such thing as the moon actually appearing blue in colour. Well, this phrase really actually has nothing to do with the moon changing it’s colour to blue. In this article, we will try and explain what a blue moon is and how this phrase has come about.

“Once in a Blue Moon” is a common idiom. That means it’s a phrase that means something other than what the words mean when you read them literally. When people say “Once in a Blue Moon,” they don’t mean once every two-and-a-half years. Instead, they mean “rarely” or “not often.”

A Blue Moon is in fact a rare sight. And, most of the time, it isn’t actually the colour blue. A Blue Moon occurs when there are two Full Moons in one month. Full Moons happen about every 29 days. Most months have 30 or 31 days, so occasionally, a month will have two Full Moons. On average, These celestial events happen on average once every 2.7 years.

When the moon does actually change colour to appear orange, red, or blue, it has nothing to do with the moon itself changing color. Instead, it’s made to look blue by particles in Earth’s atmosphere. For example, the moon did suddenly appear blue to people in Indonesia in 1883. That year, the volcano Krakatoa erupted. It was an enormous explosion. In fact, some experts compare it to a nuclear bomb. The volcano spewed ash into the air, which stayed in the atmosphere for quite a while. It had the effect of making the moon appear blue. In fact, on some nights, the moon looked green. During the day, the sun even appeared to be lavender!