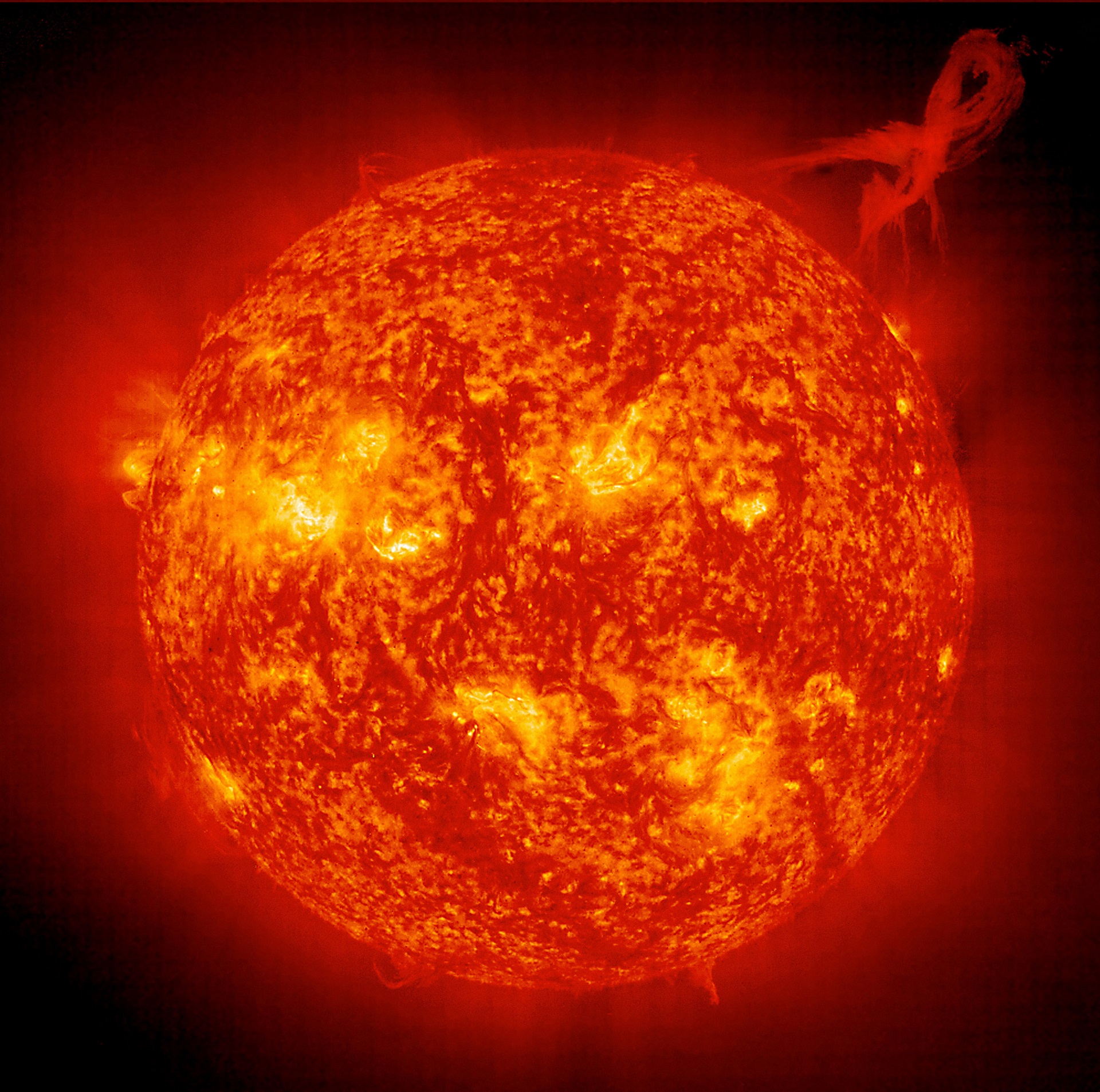 The sun plays such an important part in all things that exist today. It gives energy to life on Earth, and without this star, we wouldn’t even be here. But all stars even this star (our Sun) has a limited lifetime, and someday our sun will die. So when will the sun die? In this article, we will discuss the points relating to what is install for our sun’s future.

The sun is around 5 billion years old as it is getting older it is getting bigger and bigger.  Stars like our sun form when a huge cloud of gas (mostly hydrogen and helium) grows so large that it collapses under its own weight and then start to spin. The spin caused the cloud to flatten into a disk-like a pancake. The pressure is so high in the center of that collapsing mass of gas that the heat reaches unimaginable levels, with temperatures, so hot that hydrogen atoms lose their electrons. The center of this material clumped together forms a protostar that would eventually become the sun.

The sun will continue to grow slowly into a red giant,  so large that it will start swallowing planets starting with Mercury, Venus and then earth and maybe even Mars.  After it reaches its full diameter it will then shrink into a white dwarf. It is expected to live for another 5 billion years so we are about halfway through its life cycle.  As the sun expands slowly the earth will become hotter here on earth and is expected that in a time in the very far future that earth will actually be inhabitable.

What will happen when the sun dies?

Our star is currently in the most stable phase of its life cycle and has been since the birth of our solar system, about 4.5 billion years ago. The sun will grow out of this stable phase and start to grow to be larger than we can imagine, so large that it’ll envelop the inner planets and then turn into a Red giant.

For about a billion years, the sun will burn as a red giant. Then, the hydrogen in that outer core will deplete, leaving an abundance of helium. Once all the helium disappears, the forces of gravity will take over, and the sun will shrink into a white dwarf. All the outer material will dissipate, leaving behind a planetary nebula.

“When a star dies, it ejects a mass of gas and dust (known as its envelope) into space. The envelope can be as much as half the star’s mass. This reveals the star’s core, which by this point in the star’s life is running out of fuel, eventually turning off and before finally dying,”

Astronomers estimate that the sun has about 7 billion to 8 billion years left before it sputters out and dies. Humanity may be long gone by then, or perhaps we’ll have already colonised another planet.