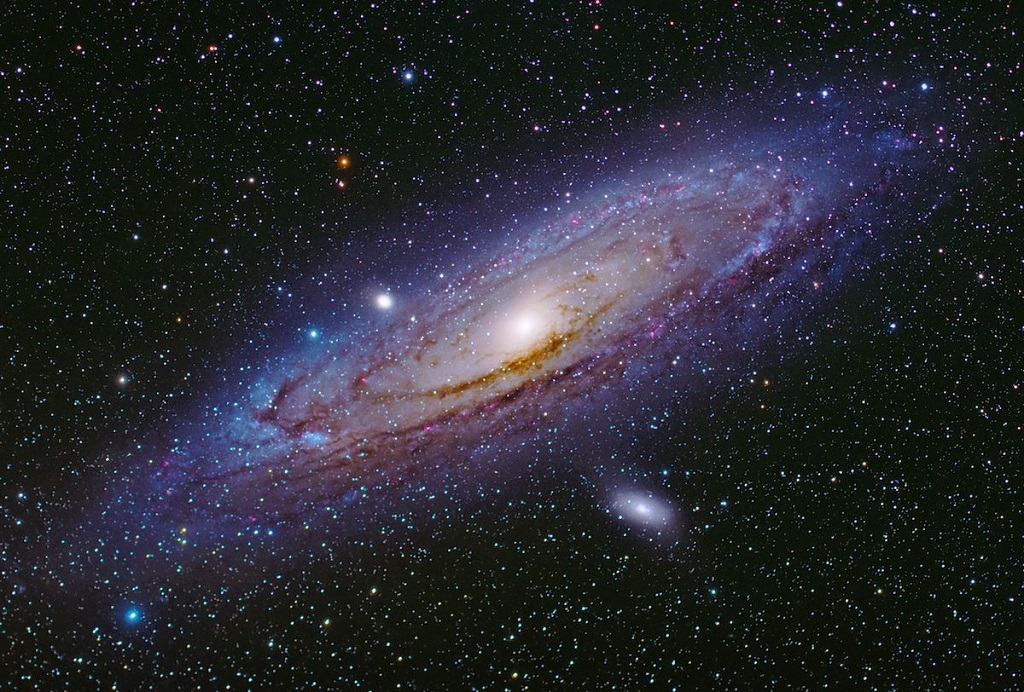 The Milky Way, the galaxy we call home, contains between 200 and 400 billion stars of different sizes, intensities and ages. If you stop and think about it, you realise how small our earth and solar system is in comparison to our galaxy. We are just one small planet orbiting around 1 of up to 400 billion stars in our galaxy. In addition, there are likely to be a similar number of planets that are likely to exist in the Milky Way — some of them part of solar systems like ours and some floating freely. To top this all off, our galaxy is only one in about 2 trillion galaxies. Which is pretty amazing!

If you picture the Milky Way as the shape of a disc, it is about 100,000 light-years across and about 10,000 light-years thick. Why Do We Call The Milky Way, The ‘Milky Way’? The Romans called it Via Lactea and envisioned it as a band of spilt milk. As you can see in the many images of the Milky Way, you will see a dim, milky looking glow circling the outer edge. This is caused by the countless bright burning stars that surround it. In its overall structure, the Milky Way galaxy resembles long arms of material spiralling out from a centre of a more concentrated mass. This spiral formation places our galaxy into the classification of a barred spiral galaxy. The entire galaxy is slowly rotating around the central bar with two major prominent arms and two minor arms making up the spiral. The two major spiral arms, Scutum-Centaurus and Perseus, unwind from the galactic nucleus, each full of young and ancient stars. The two minor arms, Sagittarius and Norma, branch off as well and contain gas and groupings of young stars.

The entire galaxy is slowly rotating around the central bar. Given the size of the galaxy, this rotation is so gradual that casual observers do not notice it. It takes the sun between 200 and 230 million years to complete an orbit of the galaxy. The next closest galaxy is the Andromeda Galaxy, another spiral galaxy that is sometimes referred to as our “sister galaxy.” Both galaxies are found in the Virgo Supercluster, a large group of galaxies that includes the “local group,” an assortment of galaxies that includes the Milky Way.

Even though we are part of the Milky way you can still see it in the sky. When people talk about finding the Milky Way, they actually mean the galactic core of the Milky Way. On clear summer nights, you can see a white stripe across the sky from one side to the other. In order to see it, it is best to look for dark places in very natural spaces. Even the light from the moon can affect your viewing. If you reside in a major city where complete dark skies are a thing of the past, you may have more difficulty.  If you are lucky enough to be in a location where you can see the true beauty of the Milky Way it forms a truly breathtaking band in the night sky, filled with a dense cloud of billions and billions of stars.