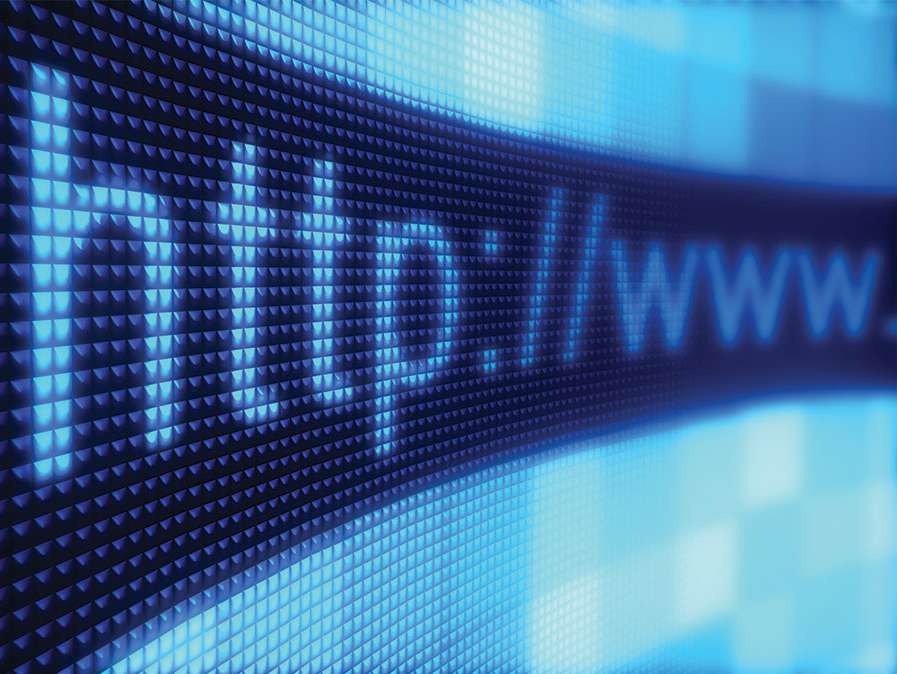 If you’re reading this article, you are obviously online and you know what the Internet is. Considering how much of an influence the Internet has in our daily lives, how many of us actually know the story of how the internet started and the journey it has taken to how we use it today. In this article, we will give you a brief history of the Internet, including important dates, people, projects, sites, and miscellaneous useful information that should give you at least a partial picture of what this thing we call the Internet really is, and where it came from.

So…The Internet. What is it?

The Internet is actually a wire. Well, many wires that connect computers all around the world. It’s a global network of interconnected computers that communicate through a standardised way with set protocols. It’s a fully distributed system of computing devices and it ensures end to end connectivity through every part of the network. The aim is for every device to be able to communicate with any other device.

1965: Two computers at MIT Lincoln Lab communicate with one another using packet-switching technology.ADVERTISING

1969: On Oct. 29, UCLA’s Network Measurement Center, Stanford Research Institute (SRI), University of California-Santa Barbara and University of Utah install nodes. The first message is “LO,” which was an attempt by student Charles Kline to “LOGIN” to the SRI computer from the university. However, the message was unable to be completed because the SRI system crashed.

1973: Global networking becomes a reality as the University College of London (England) and Royal Radar Establishment (Norway) connect to ARPANET. The term Internet is born.

1974: The first Internet Service Provider (ISP) is born with the introduction of a commercial version of ARPANET, known as Telenet.

1974: Vinton Cerf and Bob Kahn (the duo said by many to be the Fathers of the Internet) publish “A Protocol for Packet Network Interconnection,” which details the design of TCP.

1984: William Gibson, author of “Neuromancer,” is the first to use the term “cyberspace.”

1986: The National Science Foundation’s NSFNET goes online to connected supercomputer centers at 56,000 bits per second — the speed of a typical dial-up computer modem. Over time the network speeds up and regional research and education networks, supported in part by NSF, are connected to the NSFNET backbone — effectively expanding the Internet throughout the United States. The NSFNET was essentially a network of networks that connected academic users along with the ARPANET.

1989: World.std.com becomes the first commercial provider of dial-up access to the Internet.

1990: Tim Berners-Lee, a scientist at CERN, the European Organization for Nuclear Research, develops HyperText Markup Language (HTML). This technology continues to have a large impact on how we navigate and view the Internet today.

1991: CERN introduces the World Wide Web to the public.

1992: The first audio and video are distributed over the Internet. The phrase “surfing the Internet” is popularized.Advertisement

1993: The number of websites reaches 600 and the White House and United Nations go online. Marc Andreesen develops the Mosaic Web browser at the University of Illinois, Champaign-Urbana. The number of computers connected to NSFNET grows from 2,000 in 1985 to more than 2 million in 1993. The National Science Foundation leads an effort to outline a new Internet architecture that would support the burgeoning commercial use of the network.

1994: Yahoo! is created by Jerry Yang and David Filo, two electrical engineering graduate students at Stanford University. The site was originally called “Jerry and David’s Guide to the World Wide Web.” The company was later incorporated in March 1995.

1995: Compuserve, America Online and Prodigy begin to provide Internet access. Amazon.com, Craigslist and eBay go live. The original NSFNET backbone is decommissioned as the Internet’s transformation to a commercial enterprise is largely completed.

1996: The browser war, primarily between the two major players Microsoft and Netscape, heats up. CNET buys tv.com for $15,000.

1996: A 3D animation dubbed “The Dancing Baby” becomes one of the first viral videos.

1997: Netflix is founded by Reed Hastings and Marc Randolph as a company that sends users DVDs by mail.

1997: PC makers can remove or hide Microsoft’s Internet software on new versions of Windows 95, thanks to a settlement with the Justice Department. Netscape announces that its browser will be free.

1998: The Google search engine is born, changing the way users engage with the Internet.

1999: AOL buys Netscape. Peer-to-peer file sharing becomes a reality as Napster arrives on the Internet, much to the displeasure of the music industry.

2000: The dot-com bubble bursts. Web sites such as Yahoo! and eBay are hit by a large-scale denial of service attack, highlighting the vulnerability of the Internet. AOL merges with Time Warner

2001: A federal judge shuts down Napster, ruling that it must find a way to stop users from sharing copyrighted material before it can go back online.

2006: AOL changes its business model, offering most services for free and relying on advertising to generate revenue. The Internet Governance Forum meets for the first time.

2012: President Barack Obama’s administration announces its opposition to major parts of the Stop Online Piracy Act and the Protect Intellectual Property Act, which would have enacted broad new rules requiring internet service providers to police copyrighted content. The successful push to stop the bill, involving technology companies such as Google and nonprofit organizations including Wikipedia and the Electronic Frontier Foundation, is considered a victory for sites such as YouTube that depend on user-generated content, as well as “fair use” on the Internet.

2013: Edward Snowden, a former CIA employee and National Security Agency (NSA) contractor, reveals that the NSA had in place a monitoring program capable of tapping the communications of thousands of people, including U.S. citizens.

2013: Fifty-one percent of U.S. adults report that they bank online, according to a survey conducted by the Pew Research Center.

2015: Instagram, the photo-sharing site, reaches 400 million users, outpacing Twitter, which would go on to reach 316 million users by the middle of the same year.

Where is the future of the Internet headed? We can only assume that the Internet will continue to grow. From basic developments to things like PPC advertising, the Internet has only become more impressive over time.