Why is chocolate bad for dogs? 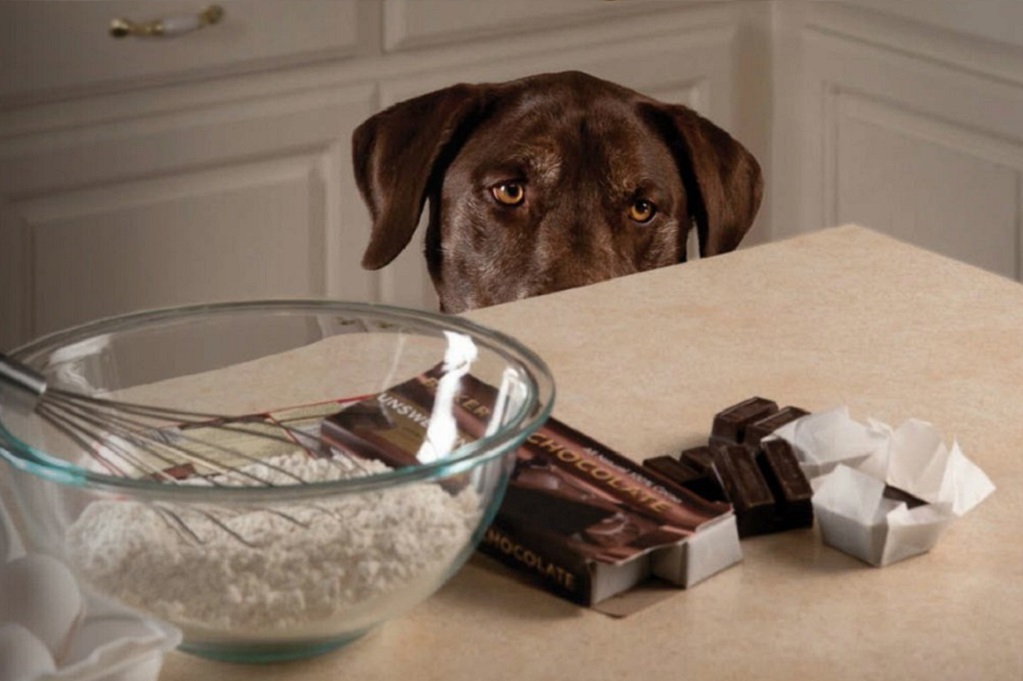 If you ask anybody, they would say that Chocolate is one of their favourite foods to eat. To most people, it gives immense pleasure when consumed. Chocolate contains nothing that is directly harmful to humans apart from the lack of real health benefits with high levels of fats and sugars. However, believe it or not, this delicacy can actually be harmful to animals and in particular our beloved pets. If consumed in large quantities, chocolate can be harmful and even fatal to animals. In this article, we will discuss why is chocolate bad for dogs and why you should never feed your pet chocolate.

Chocolate contains cocoa, and cocoa contains the compound theobromine which is an alkaloid chemical like caffeine. The concentration of theobromine varies depending on the type of chocolate. For example, cocoa powder, baking chocolate and dark chocolate contain higher levels of theobromine compared to milk chocolate. The toxicity of theobromine is dose-related, meaning that the overall effect of chocolate ingestion on the dog depends on the size of the dog, the amount of chocolate eaten and the type of chocolate eaten. In people, theobromine can be easily digested, but in animals, theobromine is much more slowly metabolized so the toxicity has a strong effect on them. Dogs are carnivores and their metabolism hasn’t evolved efficient enzymes to deal with as wide a range of plant chemicals as ours. Symptoms likely won’t appear immediately and can take up to 6-12 hours to start showing up, and side effects can last for up to 72 hours. Keep a close eye on your pet if you notice some chocolate has disappeared. Some of the symptoms can include vomiting, diarrhoea, behaving hyperactively, increased urination and – in high enough doses – experiencing shaking, tremors and even heart failure and seizures. Without treatment, your pet will likely be in some distress for a few hours once the toxicity makes its way through their system. Once it passes, they will likely be fine. If you come home to chocolate wrappers strewn around the house and your dog exhibiting any of the signs above, seek a veterinarian’s help immediately. Time is of the essence when treating chocolate toxicity.

Is white chocolate bad for dogs?

Compared to milk or dark chocolate, white chocolate is not nearly as toxic to dogs. Just like milk and dark chocolate, white chocolate is also off-limits to our four-legged friends. On the air of caution, the reason is that all chocolate can still contain the chemical theobromine, and it can quickly build to toxic levels and even lead to death if consumed in large quantities. Even if theobromine poisoning is not a concern, more ingredients in white chocolate can put your dog at risk due to high levels of fat and sugar. Even the sugar-free versions are harmful as they contain artificial sweeteners like xylitol which can be even more dangerous than theobromine. Xylitol can cause liver failure, seizures, low blood sugar, and in some cases, even can be deadly. In essence, it’s all empty calories and chocolate has very little nutritional value and It is recommended that all chocolate are off-limits to dogs.