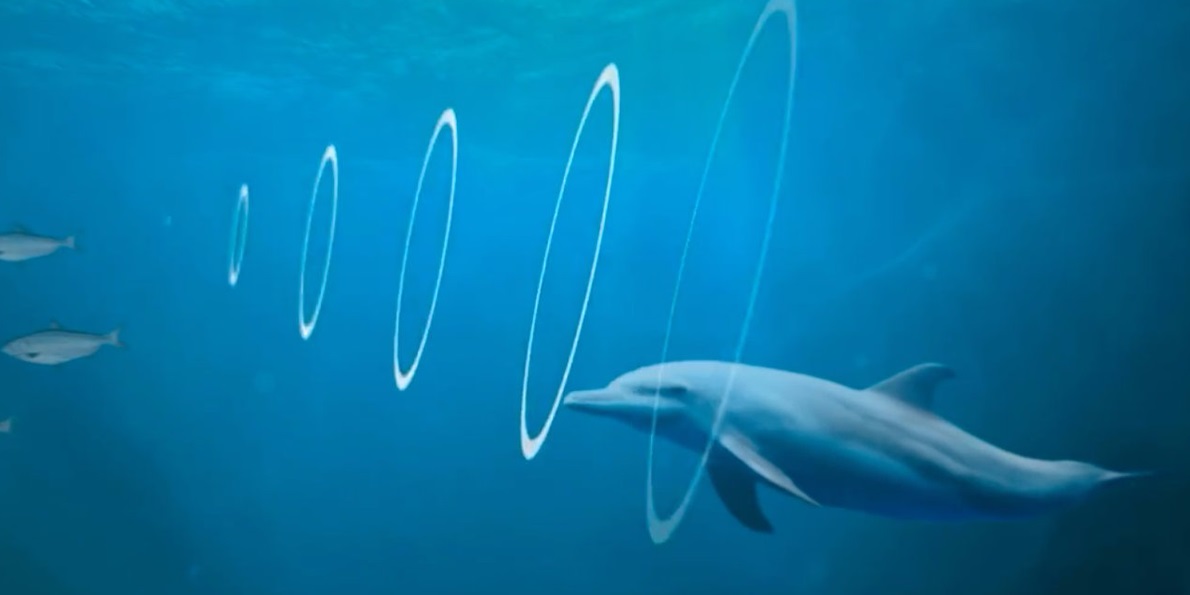 Imagine if someone turns the lights off and you are surrounded by mostly darkness and you are asked to navigate yourself around without bumping into something, or try to go get something to eat without making a mess. Seems almost impossible right? Too many animals are faced with this same dilemma and in order to survive, they use something called echolocation.

Animals with the capability to use echolocation are mainly nocturnal animals or animals that reside in areas with limited sunlight or none at all. So what is echolocation and how does it work?

Echolocation is a physiological process that acts like a Sonar system that works on the same principle of emitting high-frequency sound waves which are reflected back to the emitter. The sounds made by animals are sent out into the environment to bounce off of nearby objects and return information about the nearby objects.  These reflected sound waves are analyzed by the brain to gain information about its surroundings. This information helps animals determine the distance between them and certain objects and develop 3D images of their surroundings. This allows the animals to move around in pitch darkness, so they can navigate, hunt, identify friends and enemies, and avoid obstacles.

Animals that use echolocation

Bats, whales, dolphins, a few species of birds are all known to echolocate but they are found to use it in different ways. For dolphins and toothed whales, this technique enables them to see in muddy waters or dark ocean depths, and may even have evolved so that they can chase squid and other deep-diving species. Dolphins and whales use echolocation by bouncing high-pitched clicking sounds off underwater objects, similar to shouting and listening for echoes. The sounds are made by squeezing air through nasal passages near the blowhole. These soundwaves then pass into the forehead, where a big blob of fat called the melon focuses them into a beam.

Echolocation allows bats to fly at night as well as in dark caves. This is a skill they probably developed so they could locate night-flying insects that birds can’t find. Bats make echolocating sounds in their larynxes and emit them through their mouths. Fortunately, most are too high-pitched for humans to hear – some bats can scream at up to 140 decibels, as loud as a jet engine 30m away.

What animals use echolocation?

Another intriguing possibility is humans are capable of echolocation, just like a bat or a whale. Humans employ echolocation through artificially creating sounds such as tapping using a cane or stamping the ground with one’s feet or even through creating click sounds. Such individuals are usually trained to use the echoes reflected from objects to identify their distance from an object or the size of an object. Echolocation is observed mainly in blind people, but people with sight are also able to gain the ability through training and negate the precedence effect. Hearing and vision have been studied to be related as in both cases reflected waves of energy from a particular source are processed.

What are bed bugs? Bite treatment and how to get rid of them.