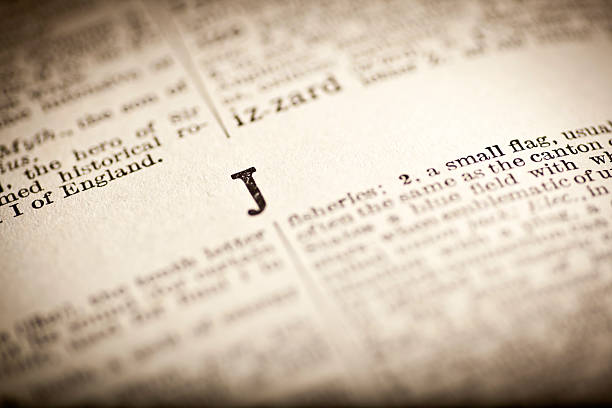 It is no coincidence that I and J stand side by side—they actually started out as the same character. The letter J began as a swash, a typographical embellishment for the already existing I. With the introduction of lowercase letters to the Roman numeric system, lowercase “i”s were used as numerals, the lowercase “j” marked the end of a series of ones, like “XIIJ” or “xiij” for 13.

The first person to document the separation of the two characters I and j was a grammarian by the name of Gian Giorgio Trissino, who wanted to reform Italian linguistics. In 1524, Gian Giorgio Trissino, wrote an essay that identified “I” and “J” as two separate letters. “I” distinguished the aforementioned vowel, and “J” became a consonant that probably sounded more like the “j” in Beijing. Others later adopted his use of “J,” but Romance languages altered its pronunciation to the “j” we’re familiar with (as in jam).

In the original 1611 version of the King James Version of the Bible there was no “J” letter in this Bible for because it did not exist. James was spelled Iames. Jesus was spelled Iesous. The first English book to explain the difference between the two letters was published in 1633, and the rest is linguistic history.