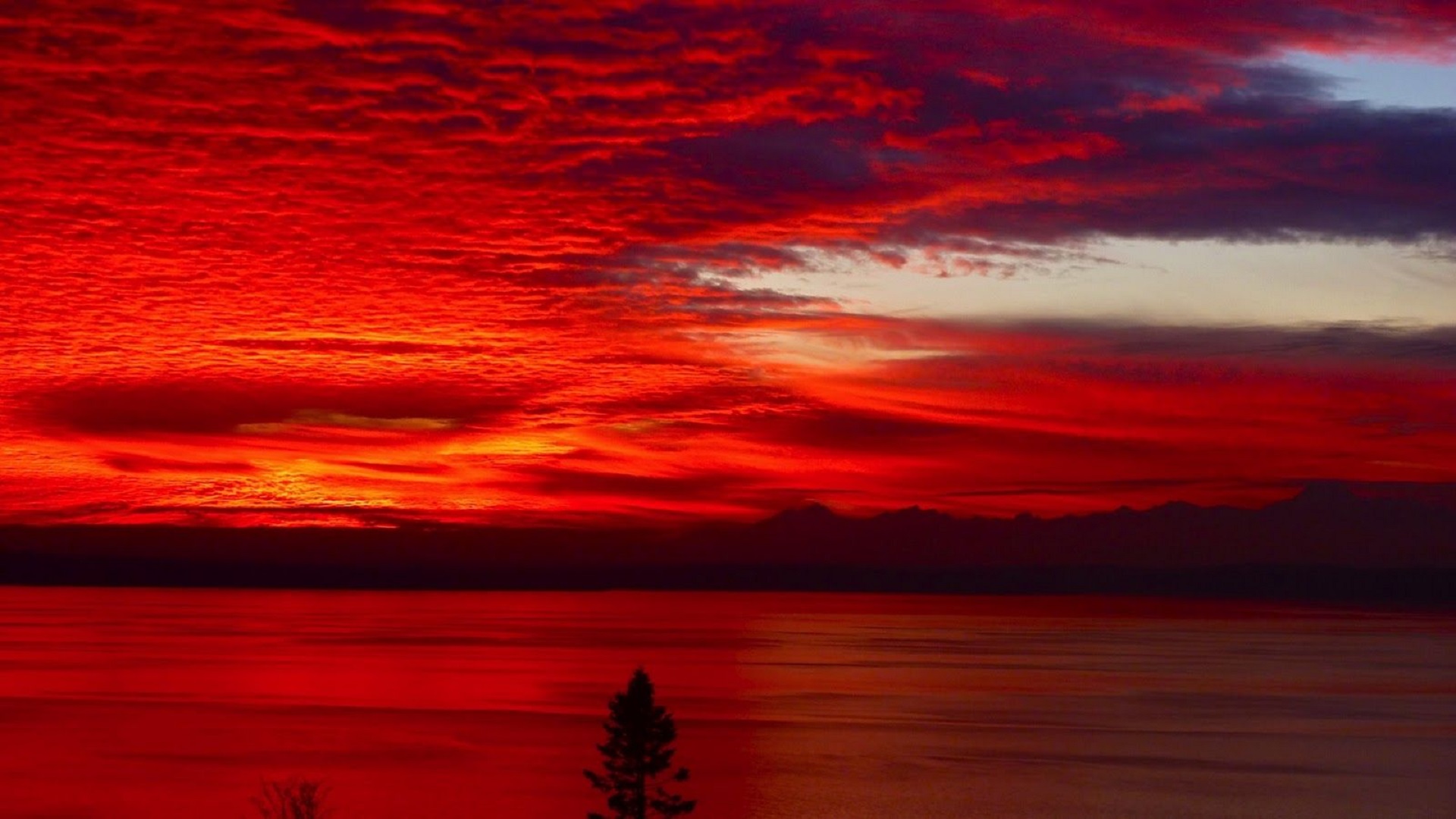 Have you ever have heard the phrase: “Red sky at night, sailors’ delight. Red sky in the morning, sailors’ warning.”

Long before there were weather reports or weather apps on your phone, people predicted the weather through weather folklore. No need to look at your phone, just look up at the sky and through certain observations, you can fairly accurately predict the weather. This famous weather saying is often used at sunrise and sunset to signify the changing sky and was originally known to help predict the next day’s weather.

You will often hear this saying from the older generation. It has been passed down from generation to generation and still to this day holds true to its meaning.

Here’s how this saying hold trues

The first thing to take into account here is that weather systems generally travel from west to east if you live in the mid-latitudes of our planet. Because the sun rises in the east and sets in the west, a rising sun in advance of an approaching weather system would illuminate the approaching mid- and high-level clouds to create a red sky in the morning. Alternatively, if the sun is setting as a weather system exits and high pressure is building, then the departing clouds would be illuminated. This would create a red sky at night with fair weather to follow.

So where does the reddish colour comes from?

The first thing to know is that white light is made up of all the colours of the rainbow. These run from violet to red. As mentioned in a previous post “Why is the Sky Blue?” When the Sun’s light reaches the Earth’s atmosphere it is scattered, or deflected, by the tiny molecules of gas (mostly nitrogen and oxygen) in the air. This light from the sun is made up of the colours in the rainbow, which correspond to different wavelengths of radiation.  The blues are made up of short wavelengths and the reds of longer wavelengths.

Light from the sun is scattered differently by air molecules than by dust and aerosols (which are relatively larger) also found in our atmosphere. Air molecules scatter the shorter wavelengths more efficiently, and that is why the sky is blue!

Dust or aerosols scatter the longer wavelengths (red light) more efficiently, and most of that light is scattered in the forward direction (the direction in which the light is moving). At sunrise and sunset, the sun’s rays travel through a long path of atmosphere, so these scattering processes are very efficient at those times. Sunlight traveling through a long path of a dirty atmosphere at sunrise or sunset is made up of primarily the reddish wavelengths when it reaches the observer

When the sun drops below the horizon and out of sight, the sky does not immediately go black. We have now entered that lovely time known as twilight. The Sun is dropping lower and lower below the horizon and the reason the sky hasn’t gone black is that the light from the sun is being bent by the atmosphere as it arcs to follow the curve of the Earth.

Please note though, and this is the important part. This can only happen if there are no clouds between the sun and where you are. Otherwise, the clouds will block the sunlight, and you won’t get that lovely red twilight sky.

So if you’ve got a very very red sunset, that means that there are no clouds to the west for a few hundred kilometres. If you do not have a red sunset there is a chance that there are some storm clouds in between you and the sun. Weather systems don’t move very quickly generally. So that weather system to your West, where there are no clouds right now, is going to be directly above you sometime tomorrow. In general, no clouds mean no rain, and often, fine weather.

So now, it all makes sense — red sky at night, sailors delight. The Sun that has already set is telling you that there are no clouds to the West.