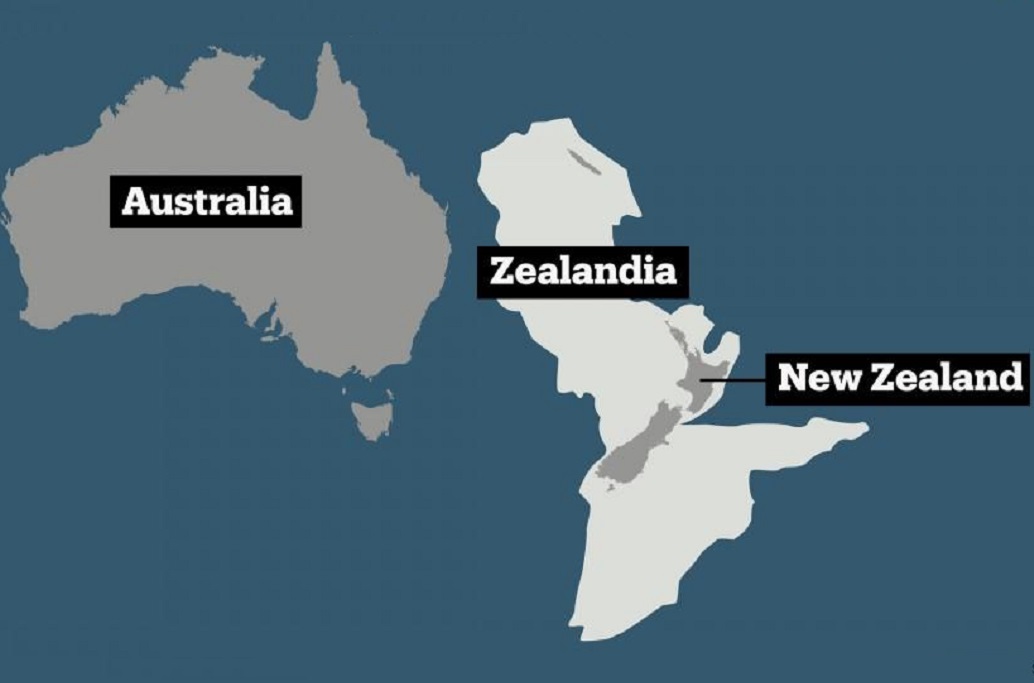 Just like the story of Atlantis, Earth has a real-life whole new lost underground continent called Zealandia that sunk below the ocean millions of years ago. There are seven continents in the world and with this discovery, Zealanmdia will make it the 8th. Many geologists have been arguing for its existence of this lost continent for many years and most will say that it fulfils all the requirements to be considered a drowned continent.

Zealandia, Earth’s proposed 8th continent, sunk almost entirely underwater millions of years ago. It makes up about 5 million square kilometres of the southern pacific ocean. It includes the islands of New Zealand but many other islands to the north reaching up to the island of New Caledonia.

Most of the continent is underwater but it wasn’t always that way. Around 420 million years ago it was part of the supercontinent of Gondwana. Gondwana was mashed together with continents such as South America, Africa and Australia which have all now broken apart and gone their own separate ways.

All of these continents as they shifted, have remained relatively the same shape. Zealandia, on the other hand, started to pull away and its crust started to stretch and thin out, just like pizza dough when stretched out. As the crust got thinner and the sea got larger due to global warming, the water began to cover Zealandia and the land started to sink underwater level. Only the highest mountain ranges stayed above sea level creating many island’s and of course New Zealand.

So why isn’t Zealandia considered a continent?

First we need to look at what criteria is used to decide on what constitutes a continent.

Thickness – Continental crust must be thicker than Oceanic crust. Zealandia generally has the correct thickness of around 30-40km compared to the oceanic crust which is around 7km

Size – Continents should have a well defined, discrete mass of land, relatively large area. Researchers say that Zealandia is indeed part of a unified region that is large enough to be considered a continent. It’s actually 1.89 million square miles, which is about the size of greater India.

If it simply weren’t for the volume of ocean covering the continent we would not be having this discussion and Zealandia would already be in fact considered a continent. If we studied earth without its oceans as we do with dry planets like mars, it would be clear what Zealandia is and that is a Continent.

If Zealandia is formally recognised as a continent, it would be the smallest among Europe, Asia, Africa, North America, South America, Antarctica and Australia.

What is a Rainbow?