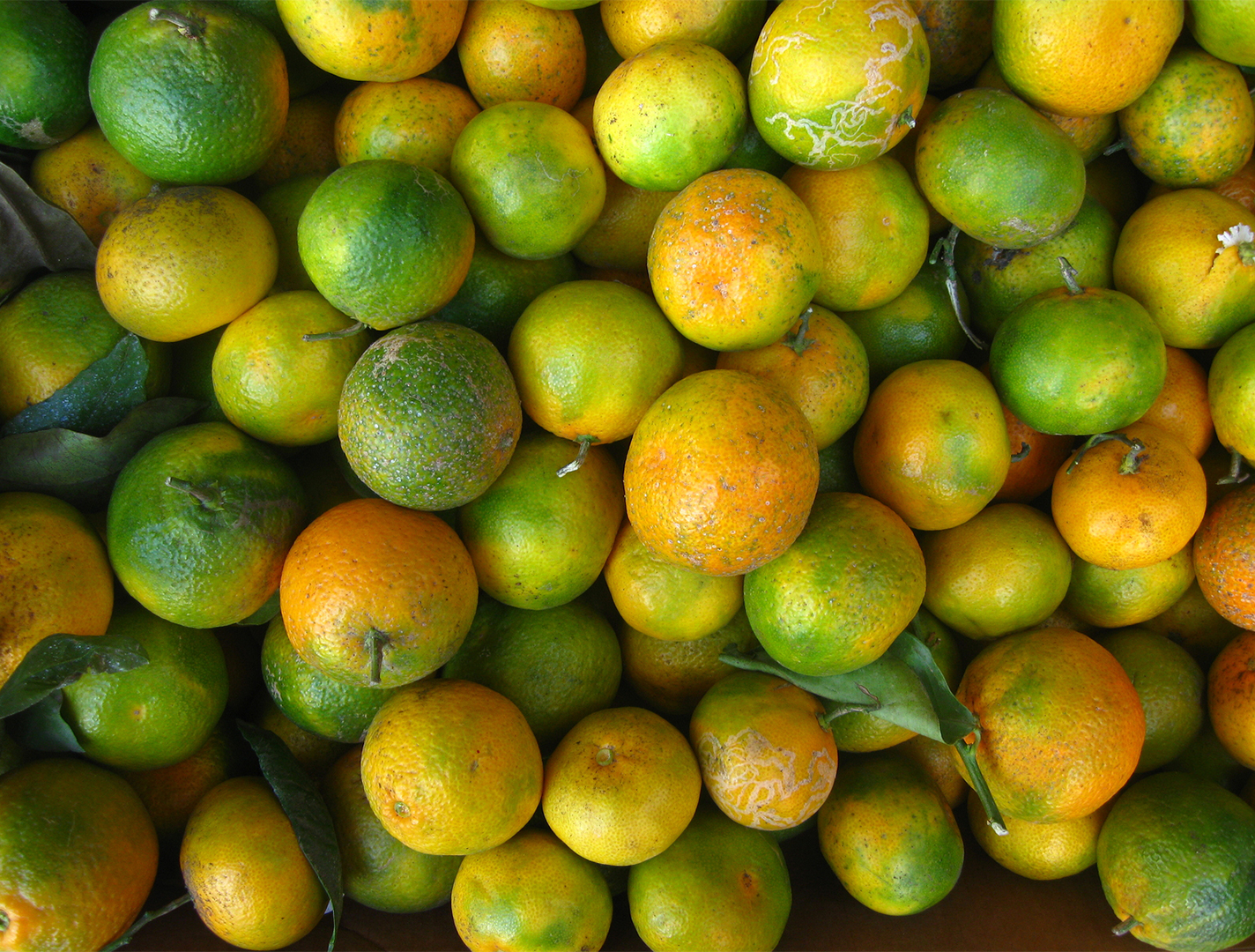 So what came first the fruit – orange or the colour – orange? This is an interesting question and the fruit “Orange” actually plays a very important part in the naming of the colour orange and the history is not as you might think. Up until the 16th century, the colour Orange was not actually a colour but was referred to as a shade or Red called geoluread.

The word Orange derives from the sans script word Naranga which is a word not the for the fruit itself or the colour of the fruit but the tree in which oranges grew on. This word was adopted in old french as ‘Orenge’ which eventually became how we know it as orange.

Oranges weren’t named for their colour as mentioned above – because their colour often wasn’t orange at all. Even though their flesh is Orange in colour, Oranges are in fact naturally green. Oranges grown in warmer parts of the world closer to the equator such as Brazil, Vietnam and Thailand stay green throughout their lifetime.

Oranges are non-climacteric fruit which means that they do not continue ripening after they have been harvested. They are often picked and sold green in many of the warmer parts of the world. In the cooler parts of the world, on the other hand, Oranges actually do turn orange in colour. When the air temperature drops chlorophyll in the peel dies off and exposes orange pigments that were hidden from view. The same way that leaves turn orange in the fall or autumn.

When you take into account that we relate the colour green with fruit that is not quite ripe and from a sales point in order to sell oranges that are ripe it’s important that oranges are in fact a bright orange colour that we associate with a ripe orange. To navigate around this obstacle farmers will spray their crops with Ethylene, a chemical plants produce naturally to regulate ripening to kill off any remaining chlorophyll. Doing this is purely for appearance and has no effect on taste.

Oranges aren’t the only items in the produce section that are artificially coloured in a process similar to this. There are a few other fruits and veggies that have been known to be treated to change colour artificially. They include red Delicious apples, Blueberries, Maraschino cherries,Red potatoes.

Apples are a Better Alternative to Coffee

The science of making a perfect cup of tea

Fruit or Vegetable. What’s the difference?