Why do birds fly south for the winter? 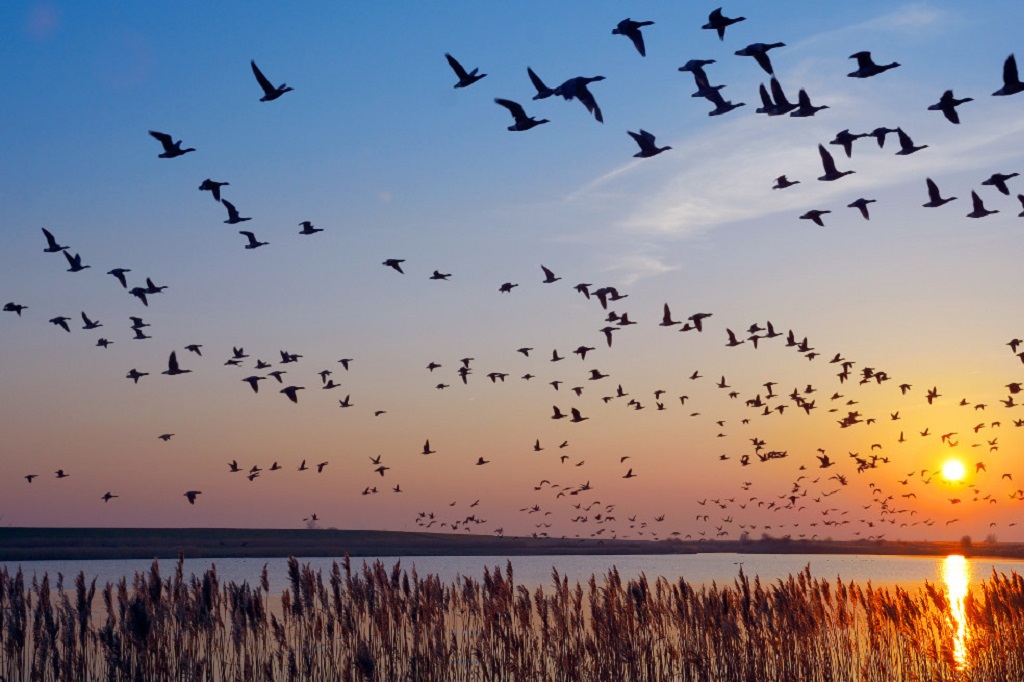 You will often hear this saying by those people who live in the northern hemisphere and you will soon understand why. The reason why birds fly south for the winter is simply because of the temperature and the food sources available in relation to this temperature. Birds in the southern hemisphere will do the opposite and fly North in the winter to reach the warmer locations. Many Birds that eat nectar or insects will not be able to find food in areas that have cold winters where their food source becomes scarce. Many birds fly south in the winter in search of their favourite foods. So you may ask yourself. Why don’t they just stay south to save the effort of travelling every year? This is because, in the summer, there are better places for them to have baby birds further north. So, lots of birds go back and forth every season.  Birds that migrate usually leave at about the same time each year and fly back home at around the same time each spring!

So, how do birds know when to come back to their homes in the warmer periods? Well, that is something we don’t know for sure, but birds (like most other animals) have strong instincts that tell them when it’s warm enough to head back to their homes up north. As for knowing which way is south, birds use the sun and the constellations as a guide.

In North America their are about 900 to 1,000 species of birds and about 350 species that migrate. This is almost half of all bird species in the Americas do some kind of migration. When birds migrate, they fly in large groups or flocks and they often fly in the shape of the letter “v,” which helps them glide along on the currents in the air so they don’t have to work as hard! It can take the flocks weeks or even months to get to their winter home in the south, depending on how far they have to go and how fast they fly.

2 thoughts on “Why do birds fly south for the winter?”